DUNCAN TO RETIRE FROM COACHING

Coach Duncan joined the Lady Pilgrim’s staff in 1992-1993 season when he took on the role of Freshmen Basketball Coach. He served in that role for the next 5 years amassing 51-33 record during that stretch.

In 1997-1998, he transitioned from the Freshmen Coach to the JV Basketball Coach.  Coach Duncan was key in development of so many great Lady Pilgrim players during the late 90’s and early 2000’s.  As a JV coach, Dunc had multiple undefeated seasons including a 3 year stretch where his JV Lady Pilgrims went an amazing 60-0.   In his 6 years as JV Coach, the JV Lady Pilgrims went an INCREDIBLE 110 – 10, which is 91.7% winning percentage.

In 2003, Coach Duncan moved from the JV ranks to Coach Dave Cox’s  Assistant Varsity Coach.  Coach Duncan assisted Coach Cox through one of the most dominant periods of Lady Pilgrim Basketball.  In the next 9 years, the Lady Pilgrims would go 162 – 69, winning multiple NLC and 3A sectional titles.  The capstone of this run was the amazing journey to a 2008 State Championship.   Coach Duncan was a integral part and faithful sidekick to Coach Cox’s leadership during this time.

In 2012, Coach Duncan decided to take the reigns over from a retiring Coach Cox.   As the Head Coach he immediately led the Lady Pilgrims to another 3A Sectional Championship and Regional Runner Up in 2013 postseason.  It was in 2013-2014, that Plymouth moved from the 3A division to the 4A ranks.  As result postseason success was harder to come by, but in 2019 Coach Duncan led the Lady Pilgrims to the school’s only 4A Sectional Title in dramatic fashion.   In the week proceeding sectionals, a Polar Vortex settled in and the Lady Pilgrims were unable to practice for over a week.  The improbable 2019 Sectional Run will go down as one of the most memorable Sectional Championships in school history thanks to 3 Buzzer Beater endings.

The Pilgrim’s legendary coach Dave Cox had this to say about his friend and coaching partner, ” Coach Duncan has 30 years of coaching at all levels in the Plymouth Lady Pilgrim basketball program.  NO ONE in high school coaching prepared younger players better for varsity level competition than Dave. His effectiveness is evident in his accomplishments of being involved in winning 4 NLC Conference championships, 11 sectional, 2 regional, 2 semi state championships and state runner-up in 2001 and state champion in 2008. At one point he won 60 games in a row as JV coach.   His loyalty, dedication and commitment to girls’ basketball will be very hard to replace.”

As much athletic success as Coach Duncan contributed to Lady Pilgrim’s Basketball Program and Plymouth High School over the years, it fails in comparison to the lives he has invested in and touched throughout that journey.  There are so many amazingly successful woman that can trace their foundation for success back to their days growing up in the Lady Pilgrim’s Basketball Program/Experience.   They learned hard work, dedication, sacrifice, teamwork, perseverance and most of love for others.

We at PHS hope you enjoy every minute of your coaching retirement Coach Duncan.  We will never be able to repay you for the countless hours you have spent (and continue to spend) preparing gyms for K-4 Basketball Leagues on Sunday mornings,  organizing/running years and years of Summer Basketball Leagues in Centennial Park, or watching film as you try to prepare our girl’s for their next opponent.    For all the hours people saw you coaching, there were ten times as many behind the scenes.

THANK YOU COACH DUNCAN FOR YOUR 29 YEARS OF SERVICE TO THE YOUNG LADIES AT PLYMOUTH HIGH SCHOOL.  THANK YOU FOR SACRIFICING ALL THE HOURS YOUR HAVE TO HELP OUR COMMUNITY’S YOUTH GROW AND DEVELOP.  THANK YOU FOR BEING A ROLE MODEL ON HOW TO PROFESSIONALLY & DAILY APPROACH YOUR  SECOND “JOB” WITH PASSION AND CARE FOR OTHERS.

SO MANY WERE BLESSED BY YOU AND HOPEFULLY MANY OF THEM WILL TAKE A FEW MINUTES TO REACH OUT THANK YOU TODAY!  ENJOY YOUR RETIREMENT FROM COACHING …. YOU HAVE CERTAINLY EARNED IT! 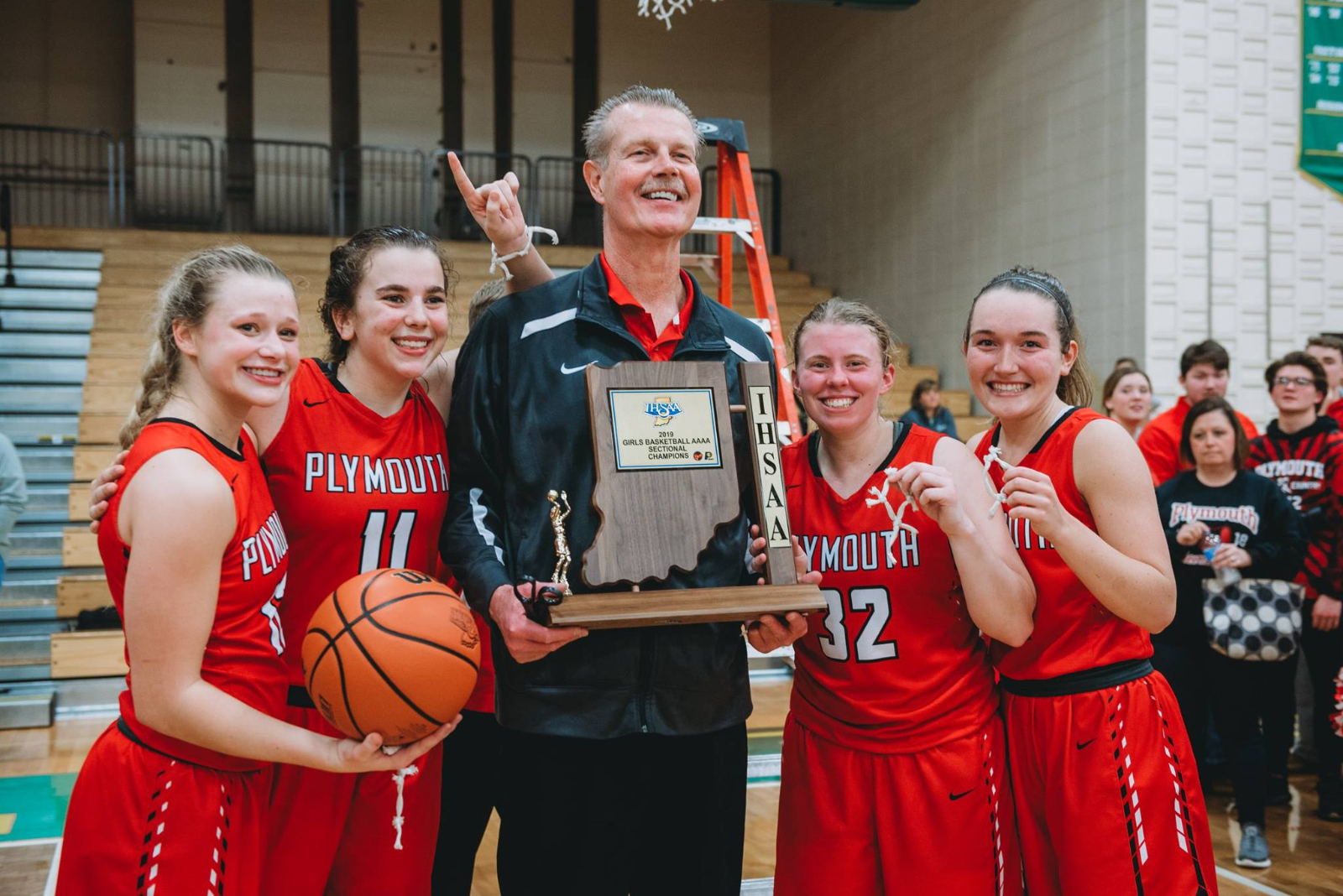