Game 1: Plymouth vs. Logansport
Your Plymouth Rockies went 6-0 on the season with two great wins Saturday! Plymouth opened against the Logansport Berries and won the contest 4-1. Logansport gave the Rockies all they could handle in the first half. The Rockies open the scoring through #7 Selvin Pagoada. Logansport would tie the game before the half.
Half Time: Plymouth 1 Logansport 1
The Rockies would come storming out in the second half with goals by #7 Selvin Pagoada, #14 Jose Rosas, and #21 Ivan Turcios. #4 Adrian Cardona would get an assist as would #6 Marco Diaz.
Full time: Plymouth 4 Logansport 1
Game 2: Plymouth vs. LaPorte
Plymouth would win this contest 5-0. Plymouth would score four goals in the first half through #7 Selvin Pagoada, two goals by #21 Ivan Turcios, and one goal by #14 Jose Rosas. Goalkeeper #00 Fernando Pacheco would save an important penalty kick early in the first half with a magnificent diving save to his right pushing the ball past the post!
Half Time score: Plymouth 4 LaPorte 0
Plymouth would roll in their substitutes for the second half and would finish the contest with another goal, this time by #13 Nolan Arriaga who was making his Varsity debut. The Freshman netted after a scramble in the goalmouth. Assisting on the goals were Adrian Cardona with 2 assists, Marco Diaz with 1 assist, and Selvin Pagoada with 1 assist.
Full Time: Plymouth 5 LaPorte 0
Next up for the Rockies are the arch rival Argos Dragons who visit the Kindt SoccerPlex on Wednesday September 9. JV kicks off at 5:30 and Varsity kicks off at 7:00 pm. Get your tickets early as this contest is sure to be a sell out as both teams are on fire this season! 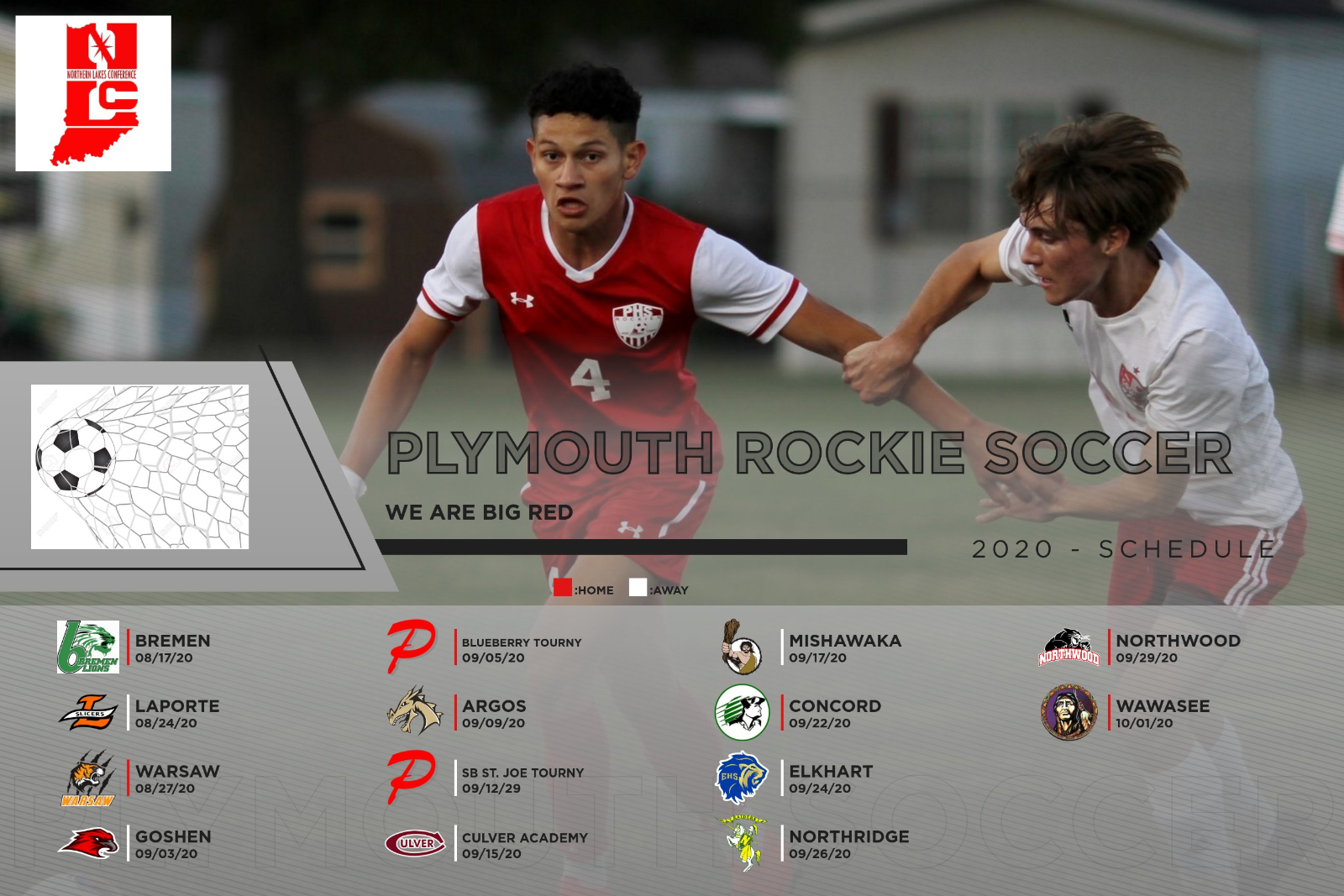