Plymouth Rockie Wrestling Coach Bob Read started his 40th and final season Monday as mentor for  the Plymouth PHS Wrestling team.  He recently announced this would be his final season.  It is actually his 43rd season coaching Plymouth wrestling as he spent two years coaching at Lincoln Junior High and one year as the Assistant Wrestling Coach for the Rockies under then Head Coach Gary Cox.

The Rockies return one State Qualifier from last year.  Senior Graham Calhoun will be looking to make his 4th straight trip to Banker’s Life Fieldhouse this year.  He finished 7th his freshman year, got beat in his first match as a sophomore in the State Finals, and then finished 5th last year in his 170 lb weight class.  He is looking to win a State Championship this year as a senior.

The PHS Athletic Department will be honoring Coach Read at his very last dual meet this season on Thursday, 1/16/20 vs Concord.  We hope to have several former Rockie Wrestlers in attendance to honor Coach Read.

Included here are some pictures of our Rockie Wrestlers readying the wrestling mats in the Multi-Purpose Room for their first practice: 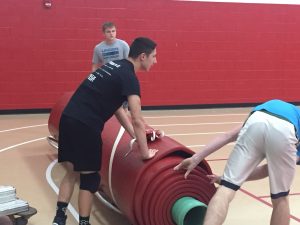 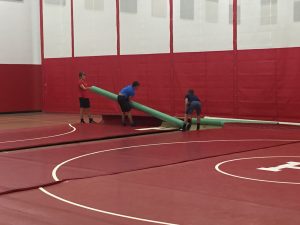 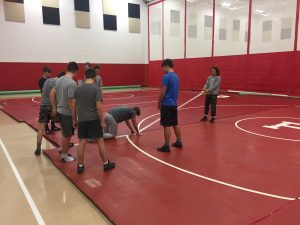