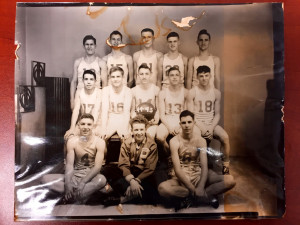 This is a photo of the 1944-45 Plymouth Pilgrim Boy’s Basketball team.

The Pilgrims were led by 3rd year Coach Art Thomas.  They finished the year with a 17-7 record.  The Pilgrims lost to Culver three times during the year.  Regular season 37-31, Championship Game of the Marshall County tourney 25-20, and Sectional Championship game 40-39. 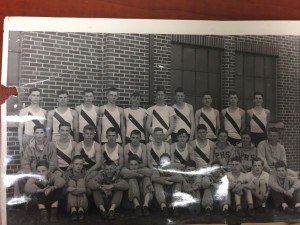 Also included here is a picture of the 1943 Plymouth Boy’s Track team coach by Art Thomas.