During the 2014-2015 sports season, the IHSAA implemented a new sportsmanship program.  It consisted of several different components each high school in the State of Indiana needed to implement.  Some of those implementations included:

Coaching” Course.  This was a two hour on-line course.

2.  Educate our student-athletes on proper sportsmanship on the field and court.

3.  Educate our parents on proper sportsmanship during an athletic contest.

4.  Each high school athletic department was to come up with their own Sportsmanship

Statement that was to be read before each home contest.  The PHS Sportsmanship

Statement has been posted below: 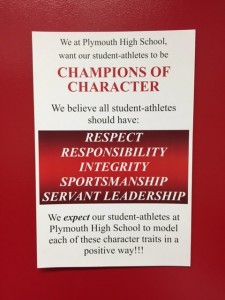