The JV Pilgrims participated in the Wawasee JV Softball tourney and came away the champions.

In Game one, they defeated the Glenn Falcons 16-5.  Summer Smith, Anna Bockman, and Rachel Hilty all had three hits for the Pilgrims.  Autumn Wojcik added two hits.  Hilty got the win on the mound.

In the championship game, the Pilgrims faced off against Central Noble.  The Pilgrims scored the winning run on a dropped third strike by the catcher.  The Pilgrims prevailed 3-2.  Audrey Himes had three hits while  Bockman added two hits.  Hilty also got the win in Game two.

The JV Pilgrims finish their year with a 13-12 record.

The Varsity Pilgrims open sectional play Monday at 1:00 vs Mishawaka. 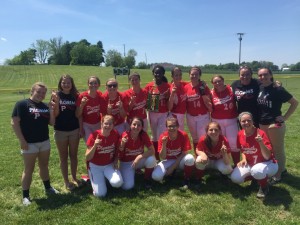