The Plymouth Pilgrims traveled to Middlebury Friday night to take on the Northridge Raiders.  The Pilgrims came away with an NLC victory 51-45.  The win moves the Pilgrims record to 3-1 in the NLC and 11-3 overall.

The Pilgrims took the lead for good early in the game but was challenged by the Raiders in the second half.  The Pilgrims built a 10 point halftime lead 29-19 lead by the eight points each for Josh Anders and Jack Barron.

Numerous turnovers by the Pilgrims to open up the second half caused the lead to dwindle by the end of the third quarter 34-31.  Sparked by the fourth quarter play of sophomore guard Nick Felke and junior guard Cam Eveland, the Pilgrims held on for the victory.

The Pilgrims were lead in scoring by Eveland with 12 points all in the second half.  Felke added 10 points four rebounds, and four assists.

The Pilgrims continue their weekend road trip tonight as they head to Mishawaka to take on the Cavemen.  JV start time is set for 6:00 PM. 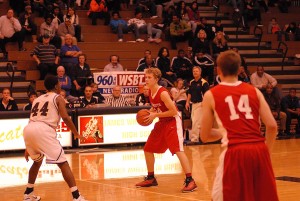 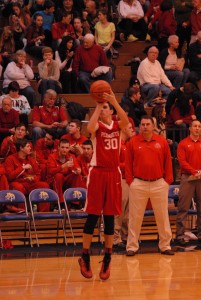 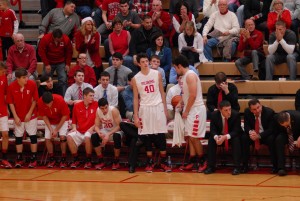 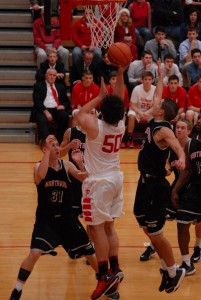 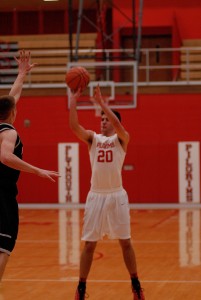