The Plymouth Pilgrims will be hosting the Northwood Panthers Friday night at The Rock. Northwood comes into the game with a record of 5-1.  They have defeated Lakeland, Triton, Westview, Fairfield, and Jimtown.  Their only loss was a one point defeat at South Bend St. Joe.  The Pilgrims are 4-1 on the year with victories over Bremen, Triton, Rochester, and Peru.  Their only defeat coincidentally came at South Bend St. Joe by five points.  According to the Sagarin Ratings, the Pilgrims are favored by one point.

The Panthers have been lead this season by the guard tandem of 6-1 junior Braxton Linville(16 PPG and 6 APG) and 5-10 sophomore Vincent Miranda(14 PPG).  6-6 senior Cam Simpson(7PPG) and 6-4 junior Dakiyron Fox(14 PPG) add strength inside.

The Pilgrims have been lead by 6-4 junior Josh Anders, 6-4 senior Tyler England, and 6-1 junior Cam Eveland.  The Pilgrims are coming off a road victory last Friday night at Peru 51-43.

The game will be the featured Channel 46 Game-of-the -Week.  Chuck Freeby, Bob Nagle, and Bo Hundt will be here Friday night to cover the game.  AM1050 WTCA with Brian Kunze and Nick Chaney will start their broadcast at approximately 7:00PM. 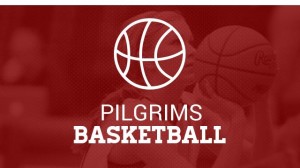